We spent only one day in Tunis, Tunisia’s vibrant, colourful & busy Capital, on an organised tour. It’s a pretty long Private bus ride up from Monastir, where we were based, but I imagine it’d be a nightmare if you wanted you use Public transport to get there. 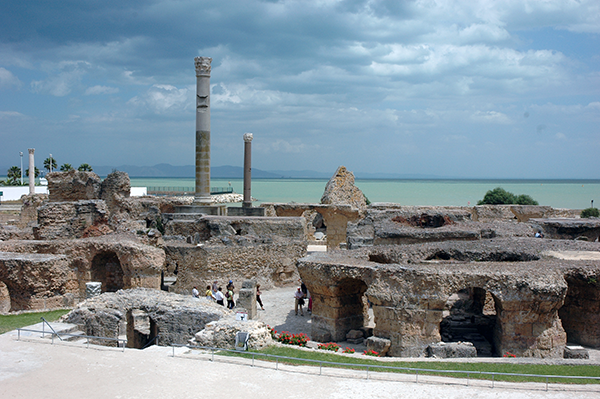 Our First stop was the Bardo Museum, one of the Capital’s most famous attractions. It’s full of Roman & Greek Art, with a special focus on Tiled Mosaics on display throughout, and it’s a fascinating delve into the history of the country, which has at various points been influenced by being under Roman, Arab, Spanish, Ottoman & French control!

Carthage was next. Built and eventually destroyed by the Romans, it’s interesting, as it has important historical relevance to the region and was once one of the most advanced cities of its time, but at the end of the day, now it’s just a pile of old Roman Columns, most of which have fallen over. Call me a savage if you like, ruins aren’t for everybody… Good for Photo opportunities though.

Our final point of call in the City proper was the Medina. A highlight in a way, but only because we got lost and subsequently hijacked by the friendliest shopkeeper in Tunisia! By this time (nearing the end of our holiday) we were sick of the markets, the aggressive selling, and the constant noise. The Medina in Tunis was probably the most extreme of all the market areas we’d visited, so we figured we’d try take some of the back alleys to have a look around. Within minutes though, we were a bit lost, and quite disoriented. 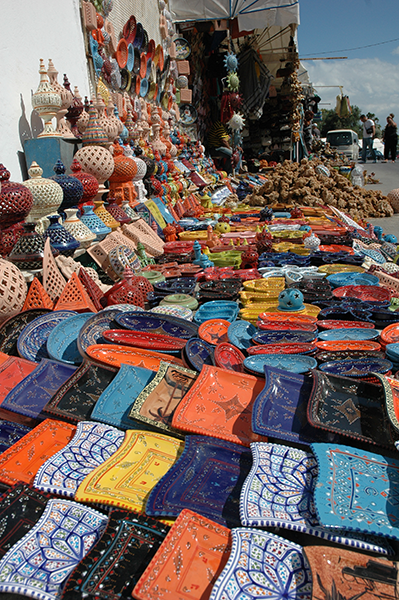 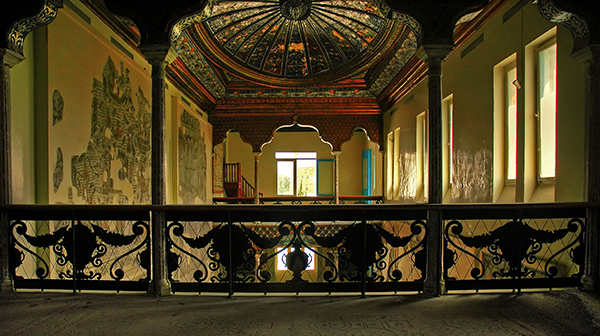 Enter our saviour, a random seeming local, who guided us all the way to the top end of the Medina, away from the Tourist-infested lower reaches, to where he had his tiny little perfume shop. He sat us down, offered us a drink, gave us his life story, and asked if we’d like to buy something. How could we refuse? He then explained how to get to the best viewpoint in town, and back down to the exit. If only all the shopkeepers could have been so friendly!

Situated on a hilltop on the outskirts of Tunis, Sidi Bou Said was our final stop, and by far the highlight of our day; It’s one of the most beautiful towns we’ve ever visited, very peaceful, and every building is white with blue detail.

From the top of the hill you get a wonderful view of the coast and the city. Think of those brochure pictures you see advertising the Greek Isles.
It’s that, but nicer.