South Africa. Country of my Birth. It might not be my home any more, but it is still, and always will be, my Homeland. It’s still the most beautiful country I know, though I’m finding it harder and harder to encourage people to go and visit, due to the current political and economic crisis.

Unfortunately it’s a much more dangerous country to visit than it was, say in the ’00’s; What this means though is that you just have to be better prepared before travelling, and be a bit more of a savvy traveller when on the ground.

There are parts of the country I just wouldn’t visit any more, such as the centre of Johannesburg or the suburbs of Cape town. Even excluding those areas though, its a huge country, and there is sure to be something to suit almost any type of traveller. 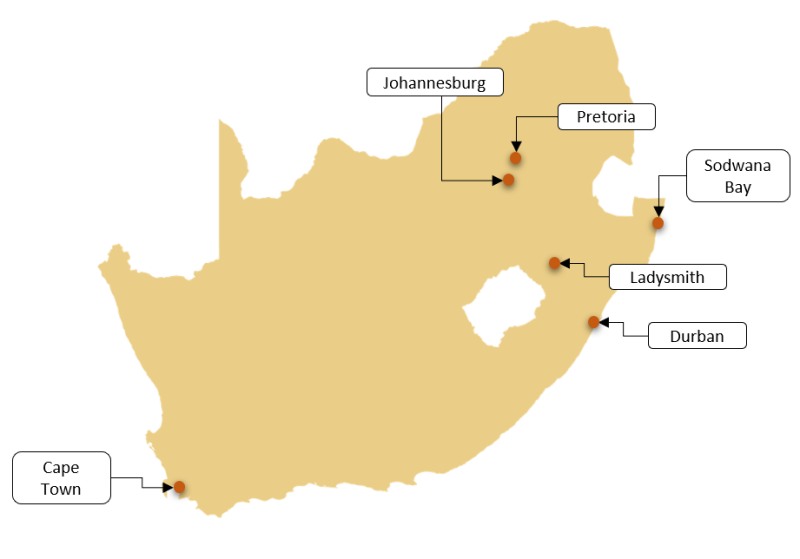 Geographically, the country is incredibly diverse – almost 3,000km of coastline surrounds the second longest mountain range in the world (the Southern Great Escarpment @ 5000km), which happens to include the second highest waterfall in the world (Tugela Falls @ 948 meters); it has the Great Karoo, a huge Semi-desert region bordering the Kalahari desert, and the Limpopo Province, home to some of the biggest and best Nature Reserves in the world.

When you throw in attractions such as Sodwana Bay Nature Reserve, The Big Hole in Kimberley, Jeffrey’s Bay surfing, and some of the most beautiful Golfing destinations in the World, you start to see why it’s probably still worth visiting!

I'm not saying this because it's my home town and I'm completely biased, but because it genuinely is a wonderful city, and it's by the sea. Read More

The Drakensberg is one of the most popular and well known regions in South Africa. Very popular for hikers, fishers, sports-enthusiasts and those that just want a peaceful time in nature, it's second to none for dramatic scenery, wildlife (especially birds) and all-round beauty. Read More