Towards the end of September 2017, we decided to head over to the Isle of Skye with some friends of ours for a weekend of camping. We’d never been before, even though both myself and my Wife had lived on the West coast of Scotland for years. Trust us to wait till we lived on the East coast to make the cross country trip!

It was all a bit manic getting there – we left Aberdeen just before 5pm on the Friday, travelling via Inverness (Dinner at Jimmy Chung’s), and then down past Loch Ness. I imagine it would have been a beautiful drive, except that it was dark by the time we left Inverness.

We did see Eilean Donan castle at night, which is something truly spectacular, and eventually arrived at the Glenbrittle campsite just after midnight. What followed was the quietest and quickest tent erection ever seen, though I still fear we disturbed a few sleepers (our travelling companions definitely did).

We then had an almost completely sleepless night. In a 3-man tent, our daughter (luckily) oblivious to anything, the wind threatened to derail our trip before it had even properly begun. I don’t think I realised quite how noisy a tent can be in a gale! By the end of the weekend, we would have 2 snapped support Poles, and to guy-lines ripped from the tent as well. The guys that run the campsite were most helpful though, and gave me some spare poles they had lying around to try and affect some running repairs.

Anyway, Saturday dawned bright and only slightly overcast, and gave us our first full view of the landscape. And what a landscape; the Black Cuilins reaching up to the North, the Atlantic to the South – About as dramatic an environment as you could imagine, but achingly beautiful. The Campsite really does seem the perfect place from which to explore the area. Still Windy though, as it’s got absolutely no protection from the Southerly winds. 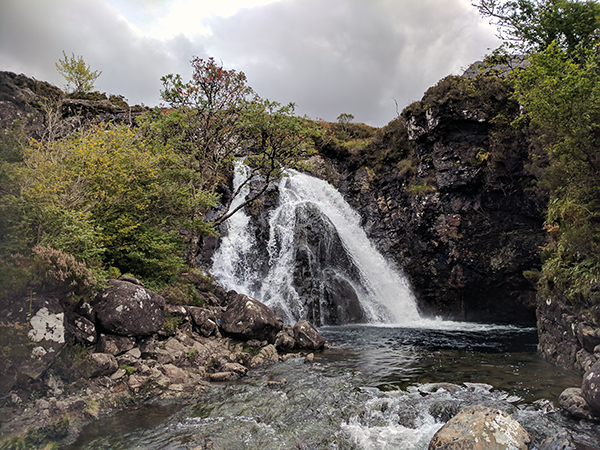 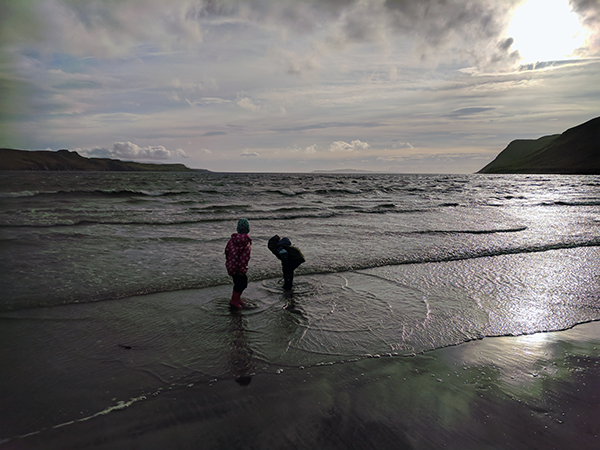 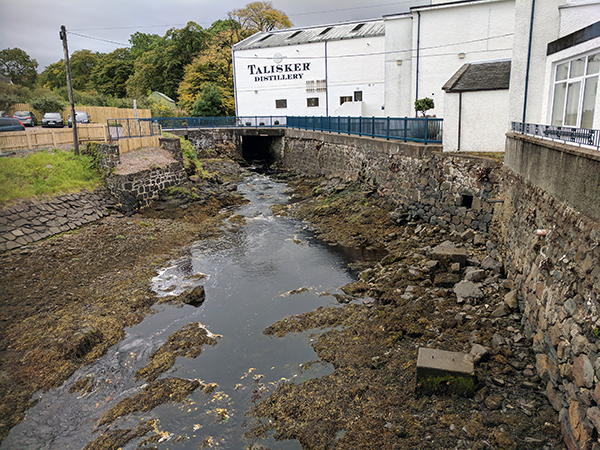 After a late breakfast (Our friends slept better than we did) we headed to the Fairy Pools, which are only about 15 minutes north of the campsite, (and another 15 minutes looking for parking). It’s a half-hour walk along to the Waterfalls, along a well trodden path, and it was absolutely SWARMING with walkers…

Now, we had been warned that Skye is a bit overcrowded, but this was taking the Mickey. You could barely see the path for people, even at the end of the season, and the one on the right is the only picture i took that didn’t have some random soul in it. To top it all off, it was nigh impossible to walk the path, as we kept getting blown over! 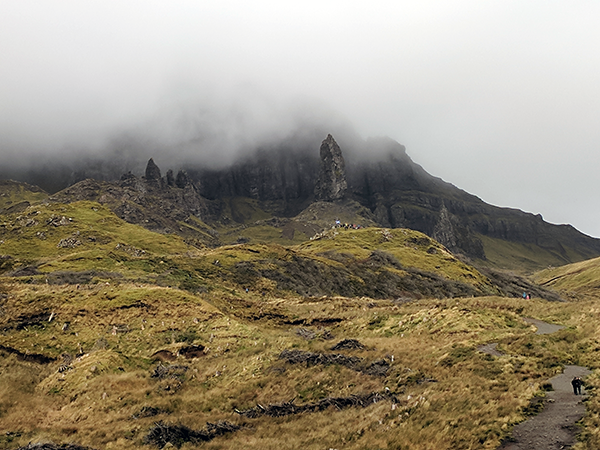 Eventually we got to the top of the path (close enough, anyway) where it was decided that one waterfall is very much like another, and it was time to head back. I will say I think the Pools are spectacular, and worth seeing, but make sure you’re there VERY early, or very late.

Continuing with our great adventure, we left the Fairy Pools and headed further North-West, to the small town of Carbost, home of Talisker Distillery, and not much else. The distillery tour looked like it could be interesting, but as children younger than 8 aren’t allowed, we had to skip it. We instead had a wander through the Visitor centre, and I managed to buy one of the Talisker taster sets, which was great!

We had lunch at Carbost’s sole pub (The Old Inn), and then headed back to the campsite for a relaxing, and still windy, afternoon on the beach. With the tide now out, the beach seemed to go on for miles, and on the Eastern end, where it met the cliffs, was a wonderful region of rock pools to dig around in.

Before bedtime, we parked our cars right up alongside our tents in the hope that they would provide some sort of buffer against the relentless wind. Unsurprisingly, they didn’t. Yet another sleepless night ensued, though the wind did eventually die down at 2am, to be replaced by a torrential downpour which, if anything, was even louder in the confines of the tent than the wind was!

Thankfully, the rain abated, and by 10am it was actually a lovely day, and not windy at all! Just in time to start our journey home…

We drove up the East coast of Skye, through picturesque Portree, and up to the Old Man of Storr. Once again, a bit of a hassle finding parking, but eventually we hit the trail. Getting up close to the pinnacle takes about 1/2 an hour, if you’re walking with kids – probably quicker in general. Pretty nice walk though, and the views as you go higher are breathtaking. You can walk all the way above the pinnacle (We didn’t, evidently).

After leaving Storr we decided to head back to Aberdeen, again via Eilean Donan Castle. We took a tour of the Castle, which was fascinating (though Asia was quite disappointed to hear that it had been rebuilt, as she quite likes ruins). Easy to see why it’s one of the most famous Castles in Scotland though.

The only stop we made after leaving Eilean Donan was in Inverness again for a Burger King. We eventually got back home, exhausted but overall quite happy, at 8pm. We’ll most likely go back to Skye again, as there’s still plenty there we feel we didn’t see, especially up towards the North. 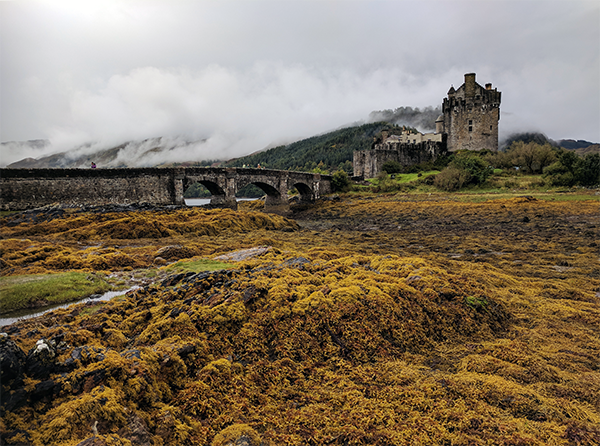