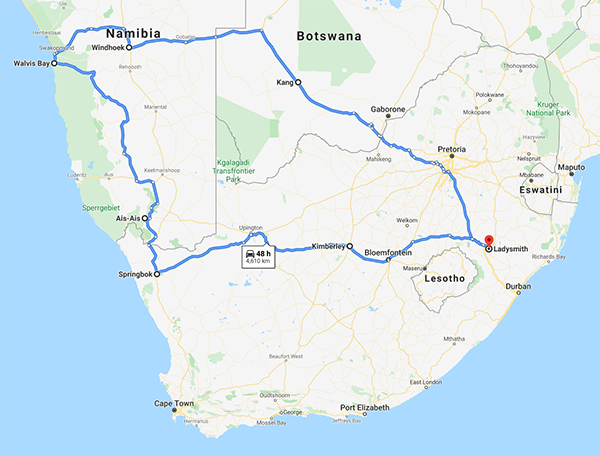 Namibia was one of the most epic adventures I've ever been a part of. Yet another massive road trip, we travelled from Ladysmith, through Botswana to Walvis bay. and then down South again through Ais Ais and across South Africa back to Ladysmith. And we did all of this in the back of a pick up truck.

Back in 2002 I was selected to represent the South Africa Stavridis team at the SA Country Districts Tournament, which was to be held in Walvis Bay in 2003.

It's probably the second-proudest moment in my life (It was easily #1 until Sofia was born), and there was no way I was going to miss out, even if I'd had to sell my body to get there!

Happily, my parents were willing to sponsor me, so I didn't have to resort to quite such dramatic measures...

Most of the team ended up in the same boat as me (as in, contemplating selling themselves for funds), so when it was announced that they'd be sharing a vehicle up the road, I was fully up for it. I got picked up at 5am in the morning as they were driving past Ladysmith from Durban, and myself, Anthony and a lady travelling companion (whose name escapes me though...) spent the first day getting to know each other over a case of beer (no, 5am is NOT too early to start drinking!)

It was a terribly long day in the bakkie, without any particular highlights (besides the occasional buck), and we eventually stopped for the night in the middle of Botswana, in the small village of Kang. Again, not much to report there!

The following day we headed off again, passing into Namibia in the late morning, heading on through Windhoek without bothering to stop (not really much to stop for) and then across to the West coast.

Now, if you're about to fall asleep, I don't blame you - there really wasn't much going on up until this point! But the West Coast is really where Namibia comes into its own. It's desolate, barren, brown, Sandy, windswept and dry. But it's a real desert, and it is oh so beautiful! 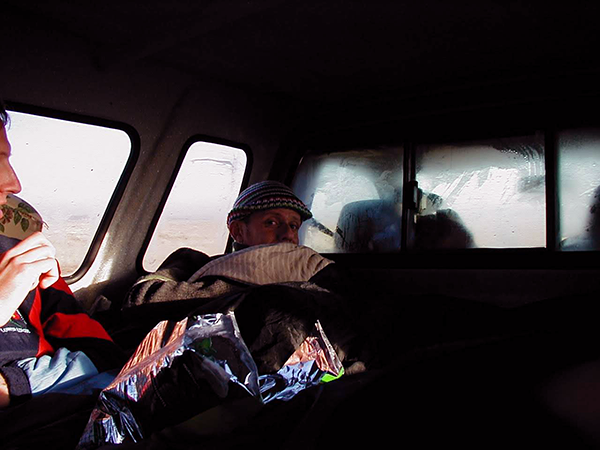 We spent the next 5 days in Walvis Bay, staying out at Esplanade Park - very nice location, but pretty stinky due to the Salt Works down the coast! Most of the week was spent playing badminton, but we did manage to visit Swakopmund, and also go on a 3 hour Quad biking adventure into the heart of the desert. 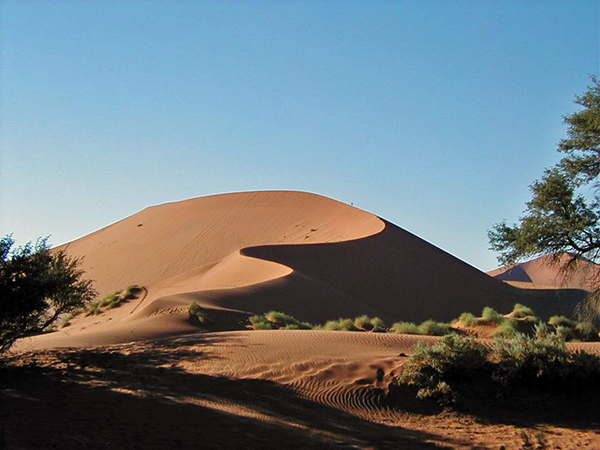 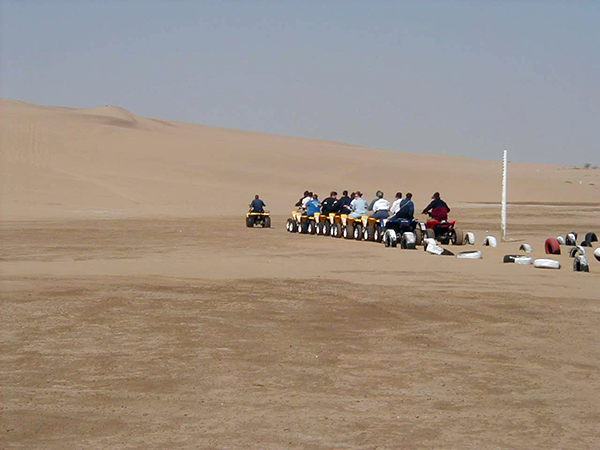 Outside of the badminton, this was the biggest highlight of my stay - heading out into the never-ending expanse of white sand that is the Namib Desert! 5 minutes in we stopped and, quite literally, every direction was nothing but Sand Dunes. Not a single scrub bush, the ocean was already out of sight, and no water. Incredible. 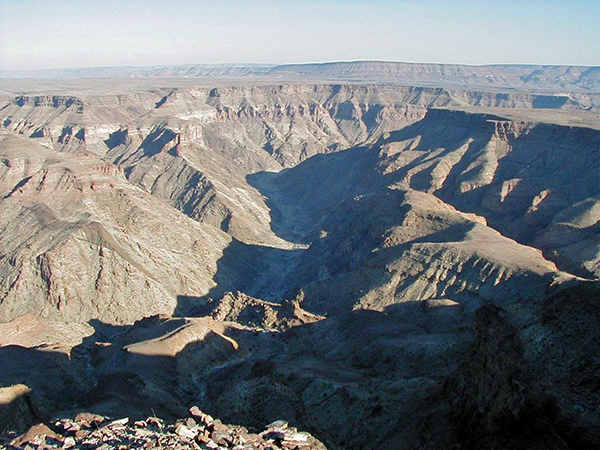 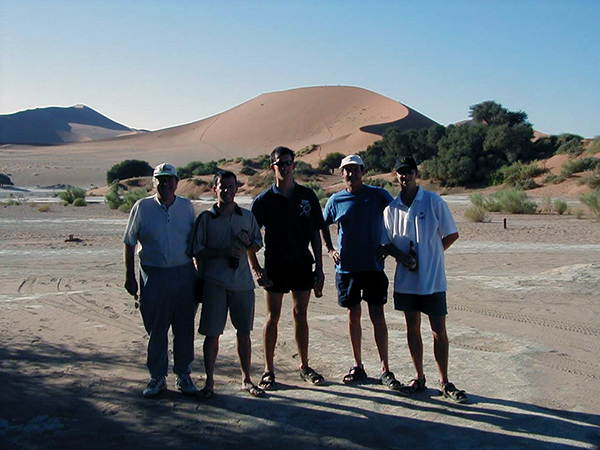 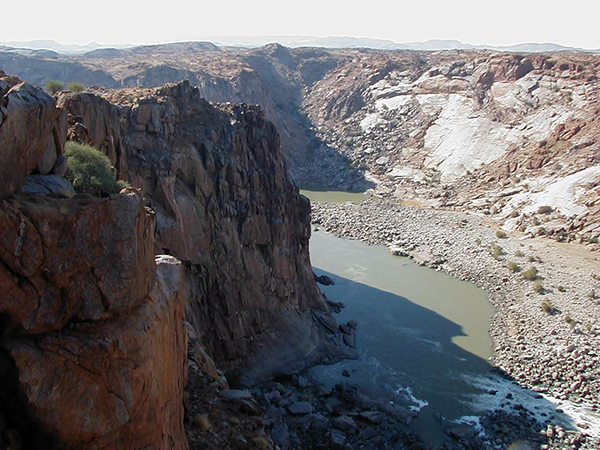 Once the tournament had ended, Anthony, myself and Paul (who wasn't with us on the first leg) climbed back in the bakkie and headed South, stopping at Dune 7 (The largest dune in Namibia, and not far outside of Walvis bay) on the way. We then stopped at Sossusvlei, which is a Salt & Clay pan, and one of the few places we saw that has actual trees. At the time of us stopping there, the last time that rain had been recorded in the region was 3 years earlier... 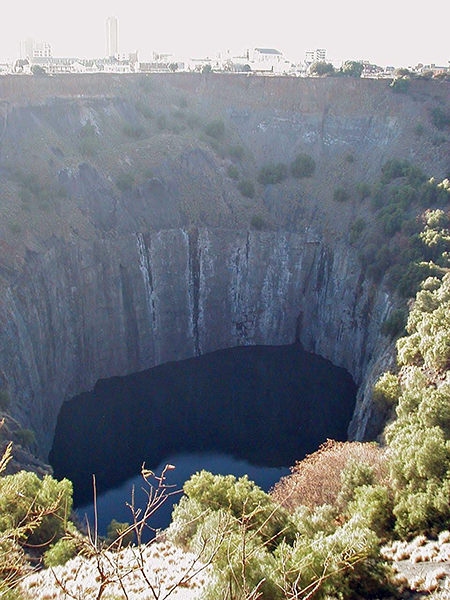 We spent our final night in Namibia at Ais Ais Hot Springs resort. Just North of the border, and right next to the Fish River Canyon, it's a little oasis in the middle of the dry expanse of the Kalahari. Ais Ais is lovely, and the waters in the Springs are genuinely very hot, but the Fish River Canyon (second largest Canyon system in the world) is spectacular!

We took a drive along the edge of the canyon, and I remember being blown away by the sheer scale of the thing! The canyon is up to 550m deep, 27km wide and 160km long; There's an 85km hike you can do along the Canyon - Bucket List!

Once we'd finished ogling the Fish River canyon, we crossed back into South Africa. We spent 1 more night on the road, seeing the Augrabies Falls and the Big Hole at Kimberley (both very impressive) before finally arriving back at home, quite ready for a holiday to recover from my Holiday!