Well, what can I say about London that hasn’t already been said 1000 times? Not sure, but I’ll give it a bash anyway…

London is awesome if you’re a tourist – there’s more to see here than anyone could possibly squeeze into a single holiday, it’s got one of the best transport systems in the world, so getting where you want to go is easy (if expensive), and it’s a truly multicultural city as well, so it’s not just the English way of life you might find if you were, say, in the Cotswolds. In a city of 8 million inhabitants, you’d expect to find nothing less.

Here, in the heart of the City, is the SoHo district, party central, and also the place to find your more “risque” attractions. Surrounding it are some of the most famous districts in the UK – Leicester Square, Oxford Circus, Piccadilly Circus; the names alone carry an aura of history, the places even more so. Everything you could ever wish to find, within a 1 mile radius… 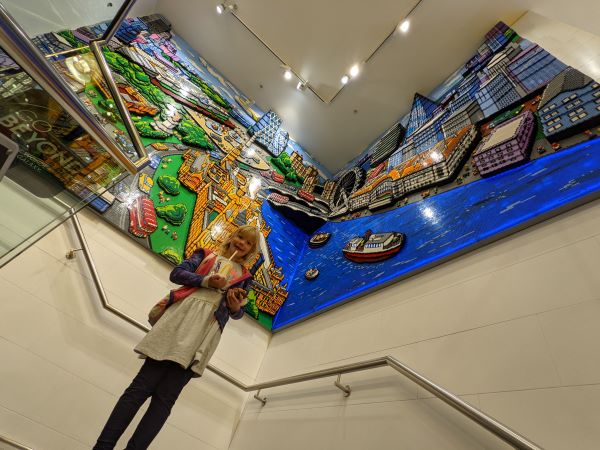 It’s also a very welcoming city, if you’re a tourist. Not so much if you move there, then it can be a bitch. That’s speaking from Personal experience which, granted, might not be the same for everyone!

As a tourist though, I love it. Going down for 3-4 days is perfect, just enough time to see what you want to (especially if you know what you want to see!), while not getting overcome by the constant crush of people, who seem to live their lives in high-gear.

In April 2021 I took Sofia down to visit her cousins in Kent, and we managed to spend two full days exploring all the best parts of London. Flying down early on a Friday, the plan was to visit Hamleys, and then the Lego store in Leicester Square.

Being slightly early for Hamleys, we stopped for a coffee in China Town. We got back to Hamleys just in time, and Sofia had the surprise and joy of helping to open the store! Absolutely brilliant experience! 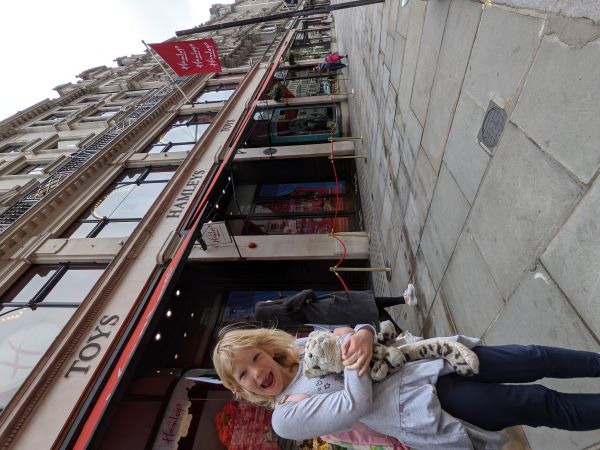 We spent the better part of 2 hours in Hamleys, and Sofia got to take home a couple of toys, then took a walk through Piccadilly Circus and across to Leicester Square.

The next highlight (which is as much of a highlight for me as for Sofia) was the Lego store. One of few places where the shop itself is an attraction!

Believe it or not, those two attractions took us up to 5pm, after which is was time to head down the tracks to Kent for the weekend.
Great weekend with the cousins - check.

We returned to London Monday morning, the plan being a visit to the London Aquarium, to be followed by the Natural History Museum on the way back to the airport. 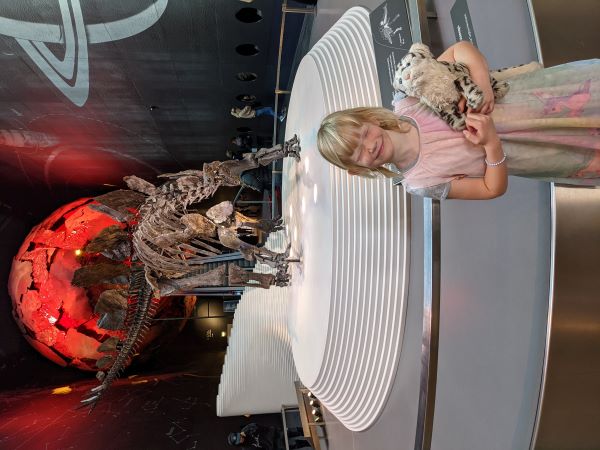 Once again, everything fell into place quite nicely, and we spent a fantastic hour and a half at the Aquarium, followed by a mad dash on the Tube to Gloucester Road (with a stop for Sofia's favourite: McDonalds!) and got to the Museum just in time for our entry slot.

Sofia wasn't as impressed with the Musem, in fairness; "Everything here is dead, I like things that are alive", but the dinosaur exhibit was quite interesting. As a result, we spent slightly less time here than I would have liked, but so be it!

Previously to the above, I'd been down at the end of March, 2018. Mostly business related, having to renew my Passport, but considering that it took only 4 hours to do (after an overnight bus trip), I had quite a bit of time for myself, and to catch up on all my favourite things!

On that trip (with Mr Lego, who you might see in some of the pictures – given to me by my daughter to keep me safe) I stayed in a cheap Hostel in Pimlico, and walked EVERYWHERE, partly to save some cash, but partly because I like walking. There were times though that I wished I’d bought a day ticket! 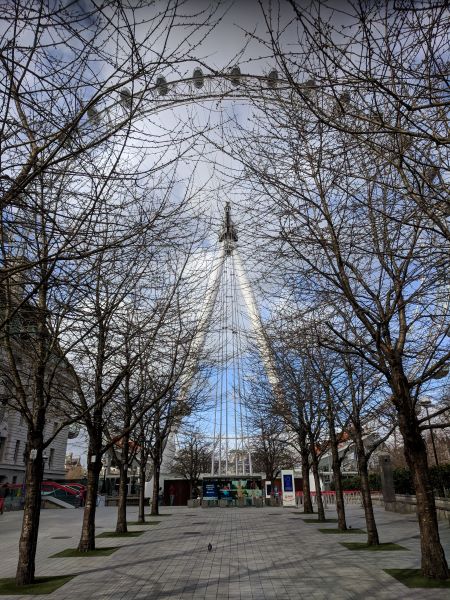 If I’m honest, one of the highlights of the trip was seeing Buckingham Palace – normally there’s crowds of hundreds (sometimes thousands) of people, all wanting to get the same view, wanting to take the perfect picture. If you really want the perfect picture, get there at 6am, like I did; Not a soul in sight, and the the follow up walk up the Mall was just as peaceful.

Over the years I have seen plenty of London, but every time I go back, I tend to go and revisit the same places / shops / attractions. This ain’t a bad thing – at least I know what I like! I’m going to write smaller follow up pieces about all the attractions I’ve visited; you’ll be able to find them by clicking on the links below. 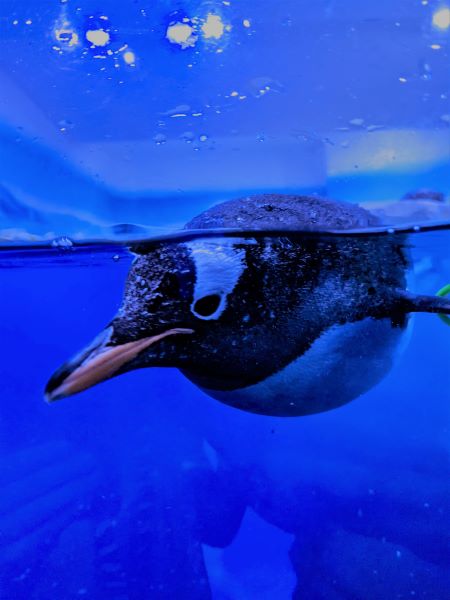 This is a great day out for the whole family, full stop. It's the kind of place i would most definitely take Sofia if we were in London and had a few hours to kill. I quite enjoy going to Aquariums in general, but the London Sea Life aquarium must be one of the best I've seen so far.

And one of the most amazing features is that there isn't a single tank that is open to air. Everything is housed underground, so you don't get any impression of how big it is from outside. Not until you've gone down 2 levels, and started walking past all the tanks (some small, some BIG), do you notice just how well organised and layed-out the Aquarium is, to fit in so many attractions and different species.

They have Rays, Sharks, Nemo's, Jellyfish, Penguins, the cutest tanks full of Horsefish, Turtles, and plenty more besides.

Now, cost. £26 might seem a lot to see some fishies swimming around, but it's well worth it, and if you purchase it as part of a deal (you can see up to 5 attractions for £55, which includes the London Eye), it's great value for money.

The Lego Store in Leicester Square, is one of the best I've been to - 2 floors of nothing but Lego; every enthusiasts dream! Downstairs they have some fantastic displays, including an (I'm guessing) 3 1/2-meter tall Big Ben, and an almost life-sized Bobby! Obviously they also have the Parts Wall, where you can buy individual Lego pieces, and you can create your own Character from the character picker.

Go upstairs, and you have what seems like the full range of Lego, and even some stuff I've never seen online. Most of the best products have been built and are on display, so it's easy to get hands on with the models you're most tempted by. They even have the £650, 7,500-piece Millennium Falcon on display, which is about the biggest purchasable Lego model I have ever seen.

The staff too are very helpful, and definitely know their stuff!

Although very tempted by the BB-8 model, I eventually decided to buy myself the RC Tracked Racer (Technic) as it's one I've wanted for a while. Good decision in the end - Pretty easy build, very robust, and easy to use controls so Sofia can use it as well :)