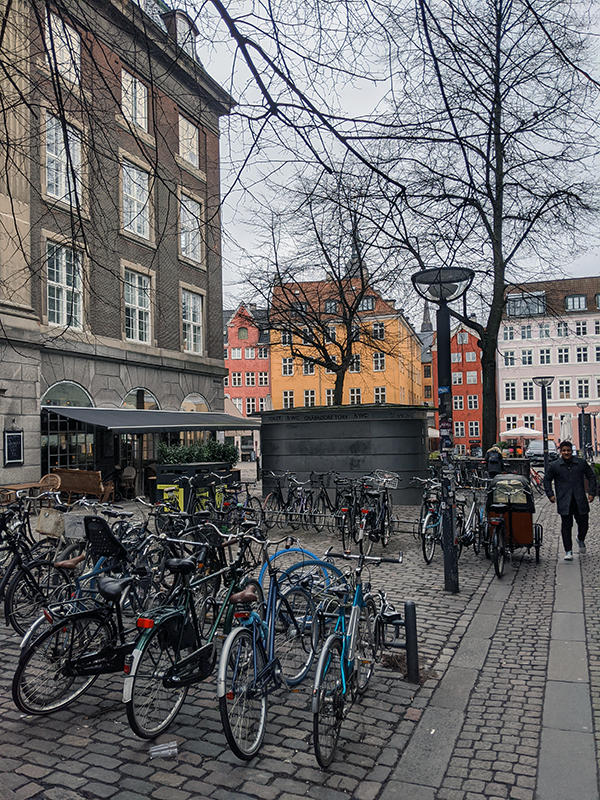 Having spent only an afternoon exploring the centre of Copenhagen, I think I can safely say it’s an amazing city, and one that’s definitely worth spending more time exploring than we had available. And if you did have more time at your disposal, it’s a very easy city to explore; being a coastal city on an Island, it is very flat, so you could venture around either on foot (making use of the Metro where required) or by Bicycle, of which there are thousands upon thousands!

It’s a very beautiful city, with its mix of older Baroque-style buildings overshadowing quite well the Communist-style buildings that blight the city here and there. Many of the streets are paved, and the touristy harbour area is easily accessible. 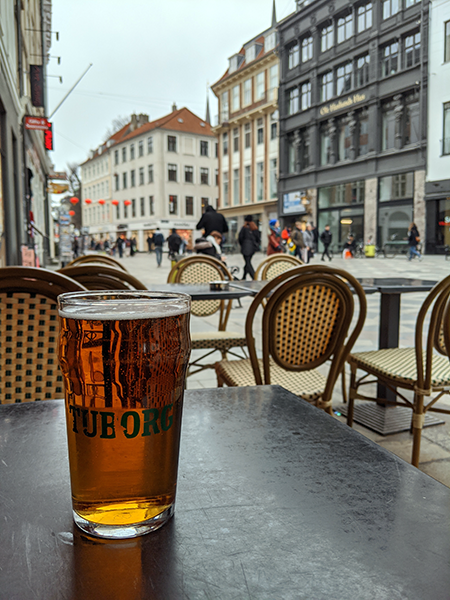 There is plenty to do in Copenhagen, with many of the older buildings being tourist attractions, and loads of small squares to discover and explore. The harbour has attractions of its own, including Canal Boat Tours (Asia & Sofia took a one hour cruise for £9, which actually sounds quite reasonable!).

We spent most of our time in Nyhavn (The Latin Quarter), full of alleyways, squares, high-street shops & cafes. Later in the evening, Asia did manage to find herself in Christiana Freetown by accident, which was a bit hair-raising for her. Being a Freetown, it’s apparently a bit loose with the local laws, and some items that might not be available elsewhere are readily available on the streets here. That said, she happily emerged none the worse for wear, and in good spirits. Very good spirits, actually. hmm…

As with the rest of Denmark, and perhaps even more so, Copenhagen is very, very pricey! A local beer in a pub set me back £7, and consumer goods in general are way above what you’d pay in the UK or neighbouring countries.

In a nutshell, I’d highly recommend Copenhagen as a great weekend away, but if you’re planning on staying any longer than that, I hope you’ve been saving up for the last few months already! Getting to and from the Airport takes about 15 minutes on the Metro, and you can purchase a 24 hour ticket that gives you access to the Metro and all City buses within the centre.

Next to Train station